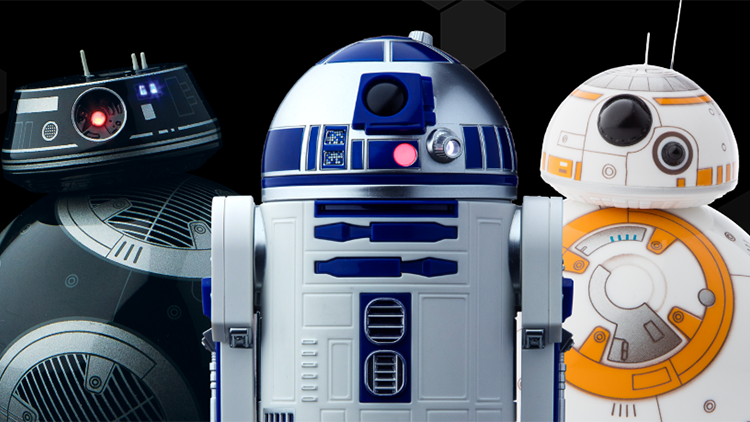 Sphero the leader in automated coding and learning devices have officially announced the latest additions to their Star Wars range. Featuring film favourite R2-D2 and new BB-9E a dark droid from the new movie ‘The Last Jedi‘, these new ‘toys’ open up an exciting chapter for both lovers of the film franchise and robot coders alike.

Much like their predecessor BB-8, these new toys animate during different parts of the movies. Sphero founder Adam Wilson stated that in between these new Star Wars projects, the company worked on perfecting its movie-watching technology, specifically for its Lightning McQueen toy.

These are the droids you’re looking for…

Both toys will be released globally on September 1st. They’ll work with the previously released Force Band controller in November, as well as the Sphero education app.