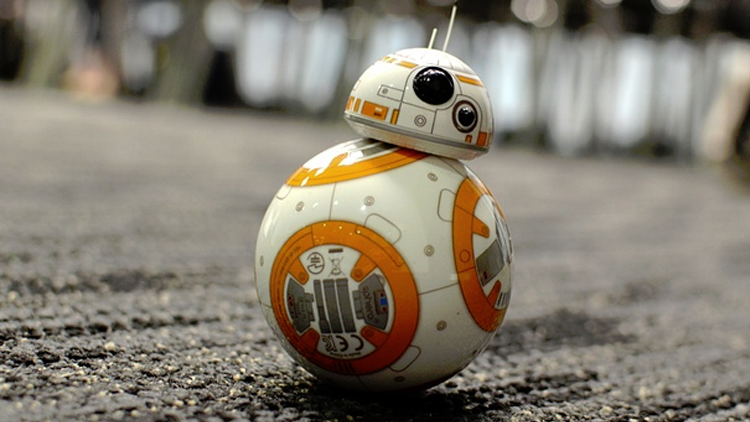 With the release of the seventh Star Wars movie, The Force Awakens, which hits cinemas on 17 December. Sphero has released their brand new robot in BB-8 a fictional droid set to appear in the film.

Connect BB-8™ to the app and watch your Droid™ come to life. Drive BB-8 by sliding your finger on the driving pad, send him on patrol to investigate your surroundings, record and view holographic messages, and more. BB-8 droid is more than a toy – it’s your companion.

As this is an app-enabled toy, you’ll need a smart device such as an iPhone or Android phone.