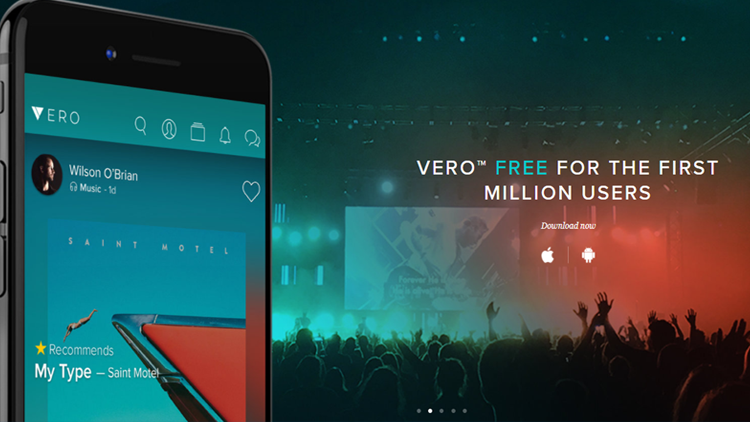 Ok so I downloaded Vero after an unprecedented outpouring of support and recommendations from friends and bands I like and I gotta say whilst it’s been touted as the obvious replacement for Instagram with it’s algorithm free, ad free and the promise of displaying a chronological feed, the results so far have been lacklustre to say best.

I like the idea of the little guy taking on the behemoths of the tech world and so far this ‘new’ app (Vero was initially launched in 2015) has been suffering from many teething problems that the shine may already been dampening. Don’t get me wrong the idea of a seamless feed and categorisation of your connections into ‘Close Friends’, ‘Friends’ and ‘Acquaintances’ is appealing as it allows you to share content direct to such categories when it work. With any new service there is bound to be issues, but with such lofty goals to capture market value in the social media world, I’m surprised that these technical issues have even surfaced.

The social media world is a fussy one and while demand has been high, Vero’s CEO Ayman Hariri when asked about the influx and how they’re handling it, he sighed “This is not the experience we want to give our users.”

Currently Vero is free to the first 1 million signups with plans for a subscription service after that, which will be interesting to see who would pay when the major players, even if you are bombarded with ads, offer their services for free.

Only time will tell if Vero takes off or will it be another Pheed, Peach, Ello…the list goes on of defunct social media apps…Watch this space.